Kink Vs Fetish - What's The Difference? 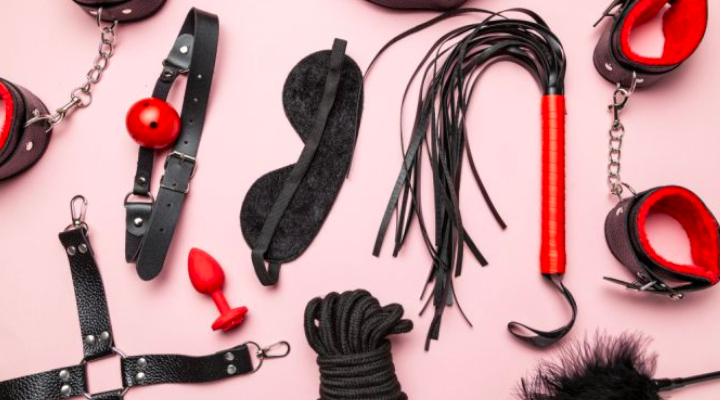 Working as a costumer/seamstress part-time, an everyday occurrence is that of hearing the outlandish. Some might say that you get to know your clients on an intimate level. There is an appreciation for taking the ordinary and transforming it into something entirely unique. But more so, seeing first hand how some can be totally attached or turned on to clothing or inanimate objects.

While with my last client the word “fetish” was tossed around. I started thinking about how the words fetish and kink are used in my experiences. I’ve noticed how some may use these words at times synonymously when describing sexual taboos but also as a snappy attention-grabbing colloquialism regarding a spending addiction of theirs or pretty up the fact they might be a compulsive shopper.

I could write paragraphs of verbal chowchow discussing the origin of the words and when they were coined into language. But that’s not my experience with all of it. The answer is not in the etymology of the terms. It has little to no bearing on the way the words get used. When I came to my crossroads, the best way for me to get a hold of the reins was simple... if you want to know, go spend some time with actual fetishists and kinksters.

One of the main problems is that sexuality and how it is experienced is ever-changing with every generation. It’s not the same as it was even 5 years ago. There is still very little education and quite a lot of shame that goes with these two words. With that said some may argue there is a definite definition for each term, while others find it very subjective.

The Difference Between Kinks & Fetishes

A fetish on the other hand is heavily tied to having a psychological need for those specific items or act in order to experience pleasure or an orgasm. Fetish is used regarding a sexual fixation on a specific object or act that is absolutely necessary for gratification. A lot of times it’s something that is interpreted inherently as not being sexual - shoes, socks, pantyhose..

When the fixation is on a particular body part that is isolated and sexually charged it is referred to as “partialism”. Just like the expression of being “partial” to something. You might like all the food in the restaurant but you are partial to that fried chicken. Think of it this way, one can have a fetish for knee-high socks but, if someone is radically obsessed with the covered slender curvature of the calf in the sock, that’s partialism.

All Fetishes Are Kinks But Not All Kinks Are Fetishes

In short, the basic understanding is all fetishes are kinks but not all kinks are fetishes. But please bear in mind there is a lot of overlapping and gray area with that statement and it is possible to have fetish tendencies without a full-on fetish. An easier way to think of it is fetishes are the main course while kinks are the side dishes.

Here’s an overlapping example: I get aroused by my panties, nylons, and lingerie. But I love the power exchange of another enjoying them. The panty or item arouses me all by itself. The kink is the taboo sexual power exchange of someone having them and their sexual gratification through them. It adds another intimately charged layer to my sexual experience. Do I need to have someone to need or want my panties each time to feel sexually fulfilled? short answer no. Is it way more intense when they do? Absolutely! Am I picky about who will forever have my items? Without a doubt. It is not a primary money transaction in my case.

Sex is such a great subject that to make any generalization is ridiculous, including the generalization that everyone is kinky. I’m sure those unkinky ones are out there (much like unicorns) somewhere. What I have to say next may be highly offensive to some because of many of the panty/fetish item business platforms out there right now so please bear in mind I’m not trying to offend. In my opinion, the roots of a person's sexual kink or fetish is subjective. Society tries to put people in boxes and it’s not possible to do so.

How Do Sexual Desires Develop?

Pinpointing that one thing, that one moment that turns you towards nylons isn't a one size fits all background story, that at times is a small blip on the radar. Developing a sexual desire doesn’t always have to be rooted in childhood or puberty, nor are you necessarily born where it’s always linked to an event in your past.

Statistically it’s true that many might have discovered through puberty when pornography watching increases that more sexual acts, fantasies and fetishes are available. But not everyone has an “I have daddy issues because my father was absent, so I have a thing for 50-year-old men who want to spank me” situation going on.

For some it might be later in life when discovered through a new sexual partner or trying something out when things get a little stagnant in the bedroom. Kinks can also occur through conditioning principles. A neutral stimulus becomes a point for arousal. So, you had a partner that wore black stockings on the days they wanted sex. One of the biggest ones I have found is arousal being linked to smell. For me, the smell of a man’s hint of cologne, sweat, usually cigars and scotch get me every time. I’m not a smoker and I can’t stand drinking scotch. So the real answer is that trying to pinpoint something like origin, it’s complicated AF and comes from many directions. That means it takes getting to know someone to understand where they are coming from.

Those that do have kinks and fetishes are generally very protective of them. It takes time. It’s a process. Having fetish tendencies, am I constantly concerned about being in the top 10% of all sellers? No. Meaning, for me, there has to be a connection and respect for it a lot of times with the other person even if it’s an easy sale. Some may be looking for a certain color, wear pattern, or style because that is what worked for them. When it comes to sexual kinks there is a shroud of mystery.

On All Things Worn, I deal mainly in the physical item realm. For me, and only related to me, my fetish tendencies primed early in life and took off during late puberty. I was confused like many, and I couldn’t explain why I became aroused by the things that I did. What I liked was not considered mainstream and possibly described as a fixation. It was beyond difficult trying to explain it to someone I was within an intimate relationship. There was and still is the ever-present fear or threat of it costing me a relationship, job, or privacy. Being ostracized or shamed that you don’t fit in is a reality.

My fetish tendencies have been described by some as cute or harmless but I assure you it doesn’t make it any better. I couldn’t explain why I became aroused by panties, shoes, nylons, lingerie. The buckles, lace and buttons were as beautiful as a work of art to me. When I look at the main feed and see an unusual print on panties or a cute pair of lacy socks, I actually get a feeling of happiness. A euphoria I guess. I have collected panties from all over. Price has only been a minor issue. Each one delicately taken care of having its own home and its designated drawer. All from different makers during different fashion seasons, during different times in my life. Each pair I own arouses me simply put. Some pairs more so than others. Certain ones can absorb more when the mood hits while others can hold the scent for a longer amount of time. Finding others that I could have an open dialogue with helped so much. All Things Worn has really been able to allow for this to occur and for that I commend them. It really does take such a long time to be comfortable in your own skin so embrace your fetish kinky ways and live your truth. 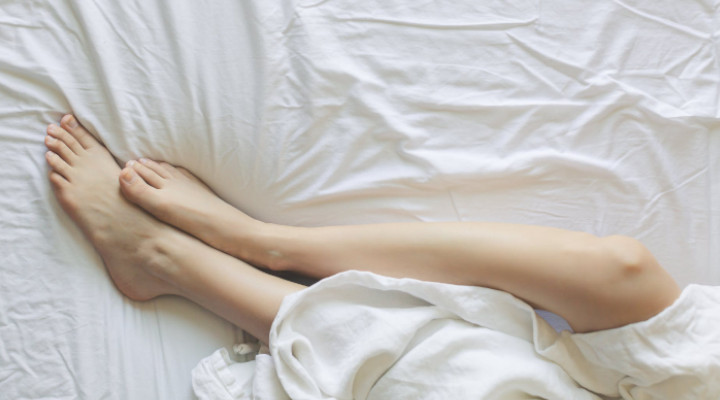 Can A Woman Have A Foot Fetish?

A Foot Fetish from a Female Perspective “You have a foot fetish? Really?! But you’re a woman…” If I had a dollar for every time I’ve heard some version of this... 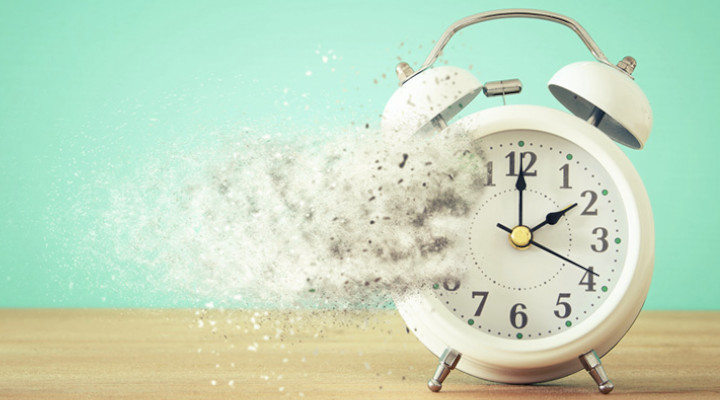 How to Spot a Timewaster When Selling Your Used Panties!

No one likes their time wasted in any aspect of life and certainly not when it comes to making money. How Do You Define a Timewaster? First of all, let's define a... 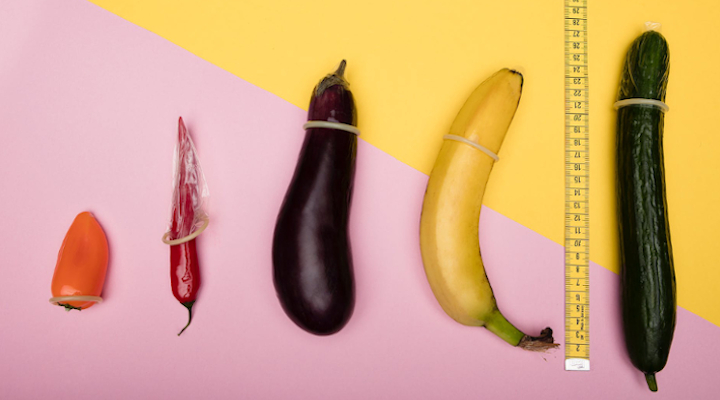 My Experience of Giving Dick Ratings

Let’s rate some cocks! Cock ratings, it’s one of those things when I first started all of this, that I would see other sellers offering and at first I didn’t even...

As a Sex Worker, Do I Need To “Bare All” To Be Successful?

First Experiences… When I first joined ATW 5 months ago, I had no idea what to expect from the site. I had some experience of selling my well-worn shoes through eBay...

How We Can Improve Our Communication on ATW?

The Best Site to Sell Used Items, All Things Worn!

A Buyer's Perspective on Sellers

How To Make Panty Selling a Full Time Job

Inside The Mind of a Panty Seller - Meet Kinks & Curves

How Selling Used Panties Has Changed My Marriage for the Better

Kinks & Curves - The Lady Behind The Profile

An Insight Into My Bra Fetish